The Cocos Keeling Islands has a multi racial population, with the majority being Cocos Malays, who are Muslim and who celebrate a range of festivities throughout the year. 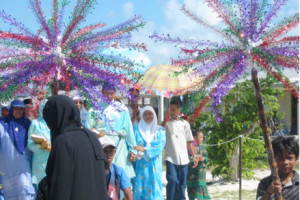 This is the month of fasting for Muslims, and at the end of Ramadan a week-long period of festivities takes place.

Ramadan ends on 7 July 2016 and guests should take the opportunity to visit Home Island over this period.

Celebrates the end of the Hajj for Muslims, and will occur on 13 September 2016.

Islamic New Year celebrates the beginning of a new year for Muslims, and will occur on 3 October 2016.

Act of Self Determination Day

The Act of Self Determination celebrates the decision by the Cocos Malay community to become part of Australia and is held on 6 April of each year. All are welcome to take part in this event.